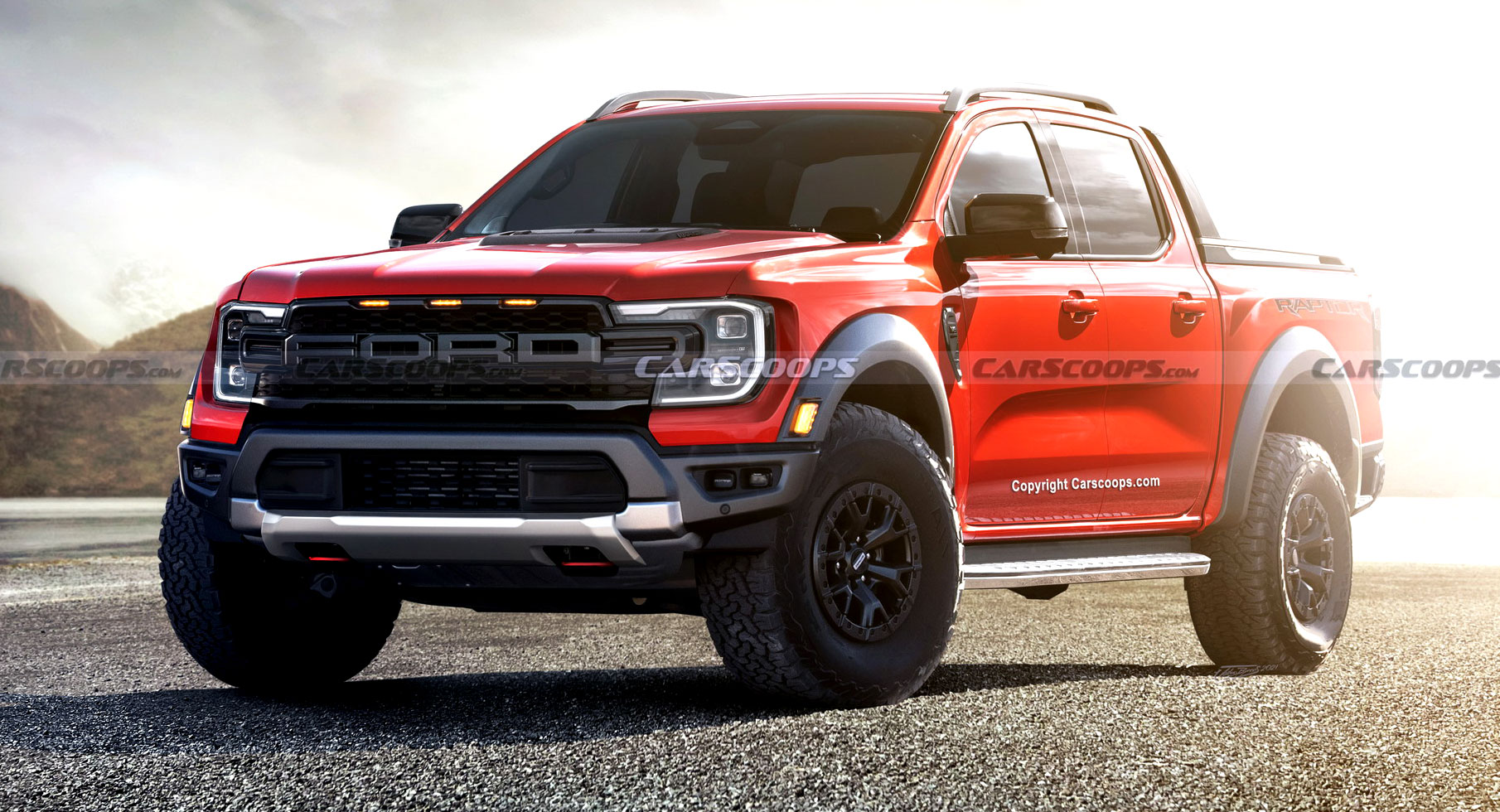 This story contains independent illustrations created by CarScoops artist Josh Byrnes based on the new Ford Ranger truck. Rendering is not associated or endorsed by Ford.

Ford recently unveiled the all-new international market T6.2 Ranger mid-size pickup, which features the upcoming North American model, revealing its styling, interior, powertrain, and other key features. However, Blue Oval hasn’t provided any performance or towing numbers, nor have they officially said what kind of electrification the truck will receive in the future.

All the important stuff, but what you really want to know is the eagerly awaited Ranger Raptor. What engine will it have? How does it look, and will it come to America? Well, let’s dive in artistically to answer those questions.

The new Ranger redesign echoes the latest Maverick and F-150, and while the Raptor hasn’t made its debut yet, it’s an easy bet that the off-road aesthetic will reach new heights. The crystal ball of this study meets what is expected with a thick honeycomb grille dominating the front with ‘Ford’ in bold block letters. Further down, the trapezoidal steel bumper features an improved approach angle and color-coded restore points.

Rear changes include wider fenders, twin-exit exhausts and the possibility of an F-150-style tailgate with ‘Raptor’ spelled in bold embossed letters. With a wealth of accessories from Australian off-road parts expert ARB, Raptor owners will also have the ability to enhance the look of their truck even more.

A Better Place To Be 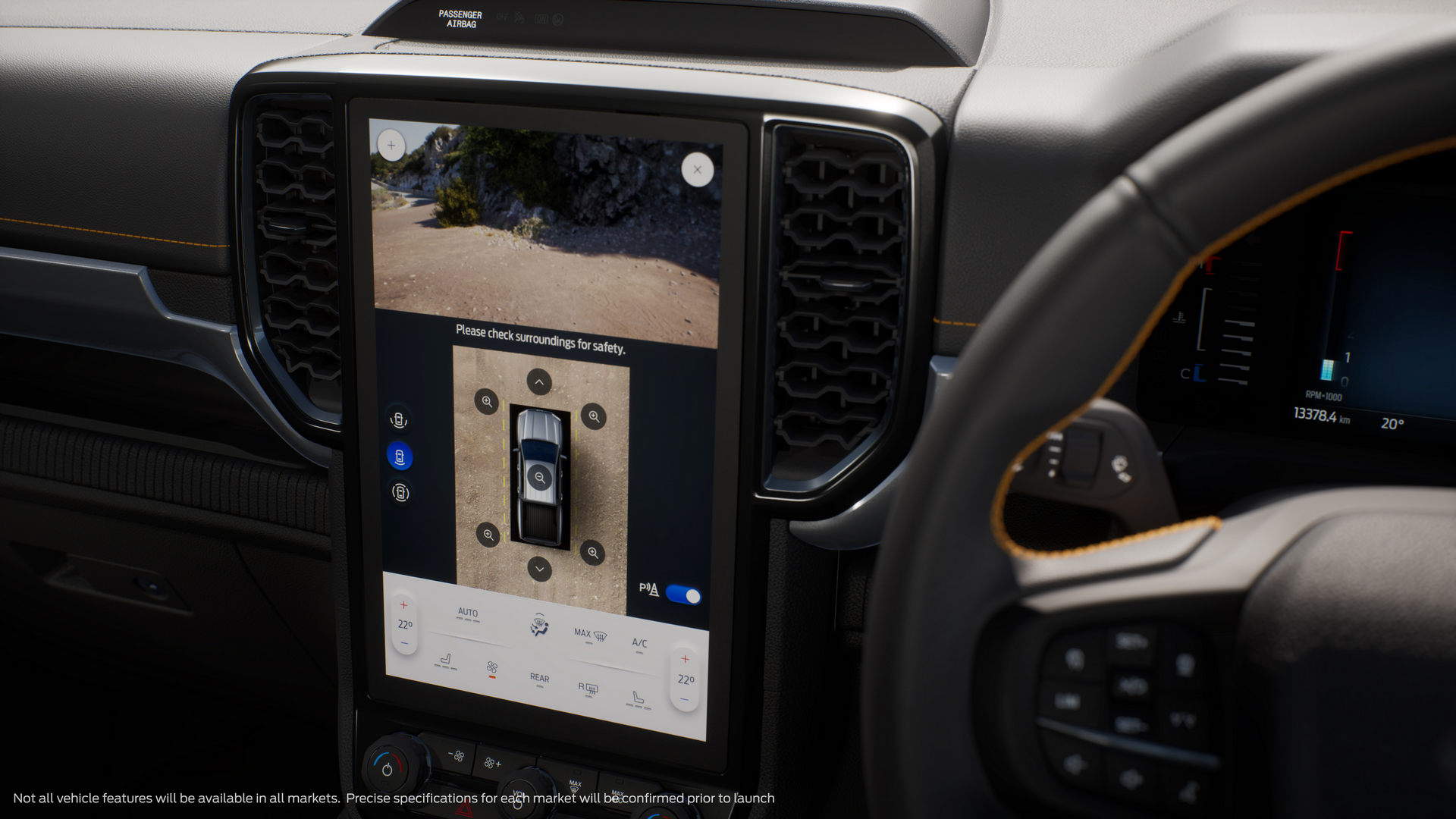 One of the most significant improvements to the T6.2 generation Ranger is its all-new interior. Looking like it was ripped straight out of 1500 RAM, the dashboard sports a portrait-style 12.1-inch infotainment screen running the Ford Sync 4 interface. Other enhancements will likely see Recaro sports seats with contrast blue stitching, a sports steering wheel with top center marker and a plethora of Raptor badges. .

The standard equipment will build on the Ranger Wildtrak’s already impressive roster of goodies. These include 360-degree zone lighting, which can be controlled by the My Ford Pass App, a digital instrument cluster, a B&O sound system, and a brake controller (a first for a Ranger).

The Power To Tear 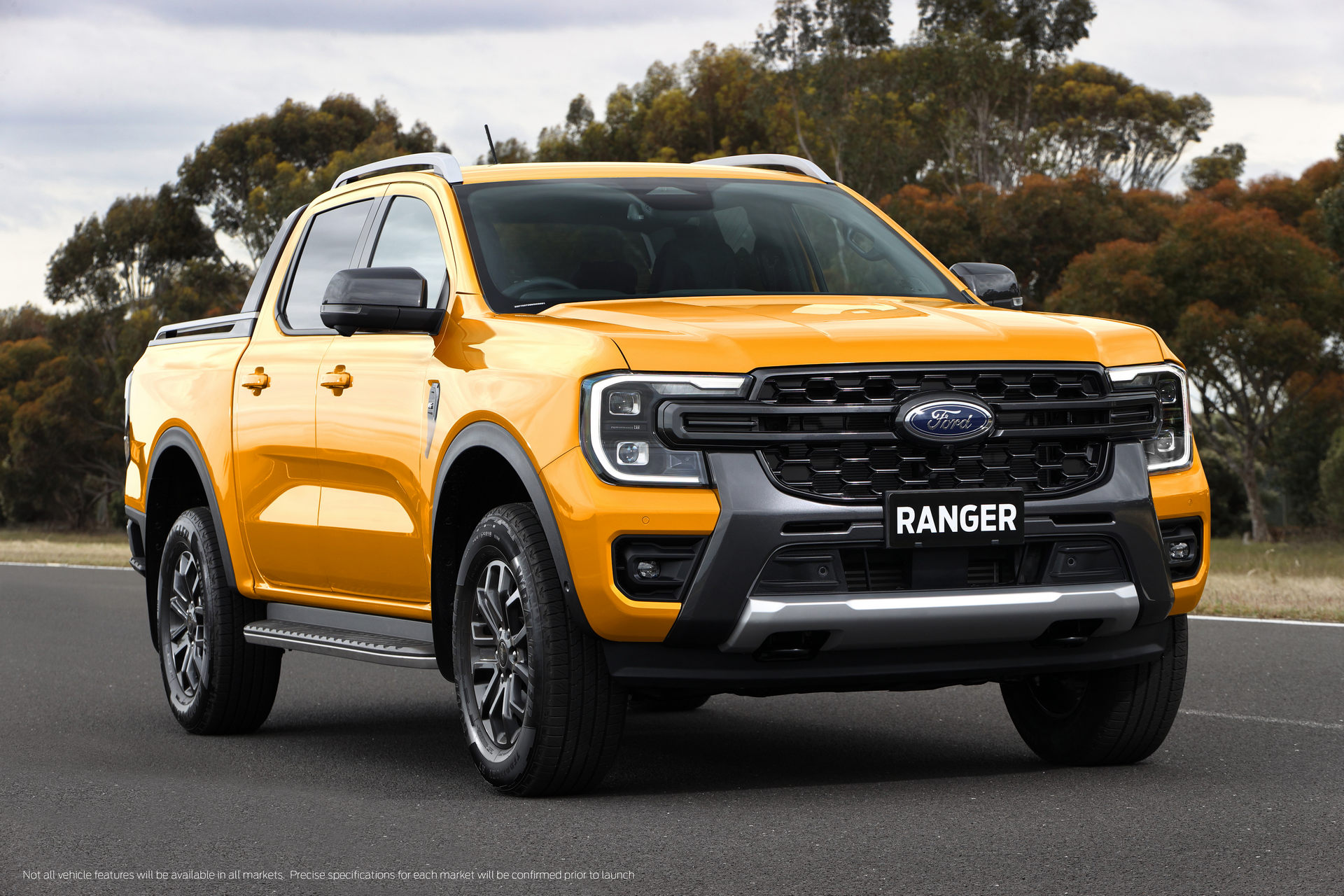 Conjecture is still around what powertrain the Raptor will receive, but we know it will come from the Ecoboost V6s family. Possible candidates are a reworked twin-turbocharged 2.7-liter unit from the Bronco or a turbocharged 3.0-liter V6 from the Explorer. The latter produces 400 horsepower (300kW) and 415 lb-ft (560Nm) of torque.

Ford has indicated that the Ranger will receive some form of electrification on track; For the Raptor’s sake, we expect it to be a 450 hp (335kW) 3.0 liter twin-turbo V6 petrol/electric hybrid hybrid (also available in the Explorer). Power is sent to all four wheels via an upgraded 10-speed automatic transmission and an intelligent off-road terrain management system.

While we haven’t seen how extensive the changes under it will be, there’s no doubt it’s going to be a great truck for jumping over dunes. Expect to see a more robust setup consisting of Fox Racing’s internal bypass twin-tube shock absorbers, forged control arms, and long-travel coilover dampers.

As with the base truck, dimensions will grow with better approach, break-over and departure angles. The wading depth will also increase, and the old rear drum brake configuration has been thrown in the trash – finally, the discs all around.

The official debut will take place on February 22, 2022, as the MY2023 model – and yes, this time North America seems to have finally gotten its hands on the F-150 Raptor’s smaller sibling. Woohoo!

Would you like to see a Ranger Raptor in your driveway? We’d love to hear your views in the comments below.