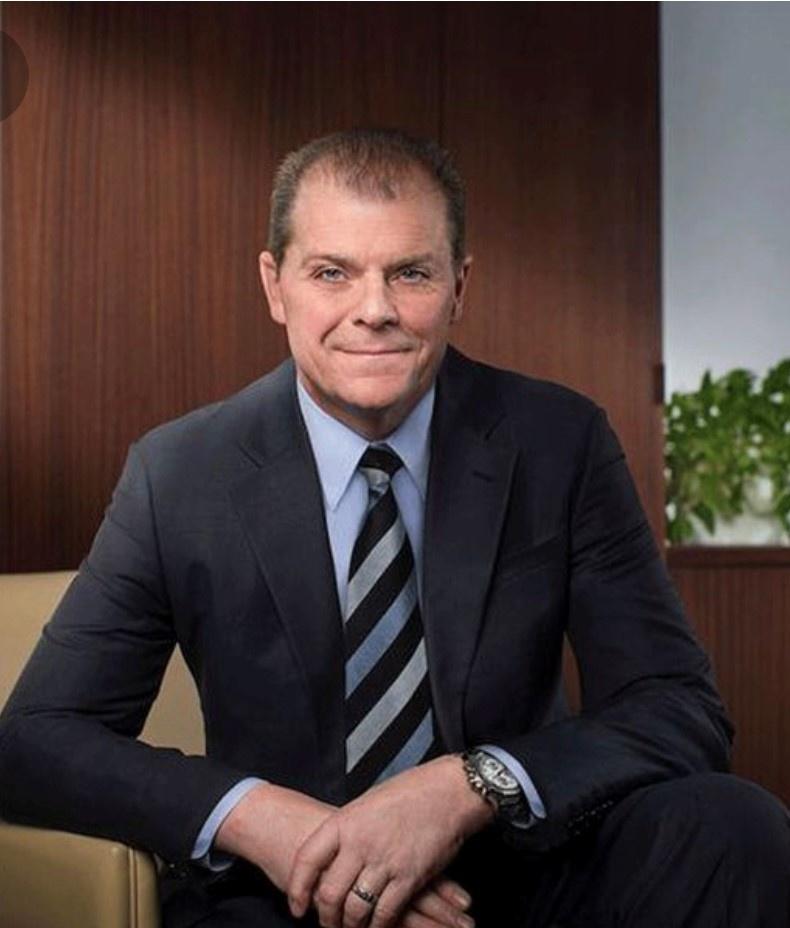 When longtime auto executive Mark LaNeve left Ford Motor Co.
Last January to pursue the next chapter in his career, perhaps even retiring, he didn’t have much time to think about his next move—about a week, he joked.

That’s because Andrew Fox, founder, chairman, and CEO of start-up Charge Enterprises vehemently pursued him to join his fast-growing company. “I was like a chihuahua by its ankles when we first started talking,” Fox told Forbes.com.

The company focuses on accelerating the adoption of electric vehicles by building charging, telecommunications and 5G infrastructure, especially by acquiring and partnering with businesses in these fields.

The match was conducted by Rick Wagoner, former General Motors Co.
chairman who recommended LaNeve when Fox said he was looking for “the the smartest, hungriest, most hardworking person you know to help me build this. He said I don’t know if he’s hungry but I know the most intelligent and hardworking person.”

LaNeve does have the attributes and taste buds and joined New York City-based Charge earlier this year in what he described as “almost advising” working primarily in customer acquisition and with dealers to help them turn their business into electric vehicle services. He was appointed President in November.

What appealed to him was “the idea of ​​getting involved in an industry and a company that would help build the infrastructure of the future with all the momentum behind it,” LaNeve said in an interview. “To be a part of it and help build the company after working for the big companies, Ford, GM, and Allstate
it seemed so exciting and interesting and irresistible to me.”

The division of responsibilities between Fox and LaNeve is clear. Fox tackled what he described as the “business side of Wall Street,” and set out the company’s vision. “We’ve raised just under $6 million to build a more than $400 million equity business,” Fox said. “We are strict custodians of capital. We bought a business that had a pre-existing business book.”

Then switch to LaNeve.

“When Andrew outlined our vision of having acquisitions, a very good business that we have acquired and would like to acquire that has a good business book especially in the 5G area,” he explained. “We need to manage them, keep them doing what they do, grow them organically, look after their customers, then at the same time build a centralized EV infrastructure business using some of those subsidiary assets and then bring the talent and expertise where we need it globally. special.”

A recent example of how Charge is working with existing businesses is the strategic partnership announced in November with Austin, Texas-based Smart Charge America. The company has installed nearly 10,000 chargers in 20 US cities

Sales of electric vehicles are still a slim market segment, but Fox and LaNeve will eventually switch to battery-powered vehicles from internal combustion engines as automakers push their product portfolios in that direction.

In a recent presentation, the company said the number of EVs on US roads is projected to reach 18.7 million by 2030, up from 1.7 million at the end of 2020 and accounting for more than 20% of annual vehicle sales that year.

Fox and LaNeve want Charge to take the lead in eliminating the so-called range anxiety that gave consumers not ready to jump into EVs the confidence to do so.

Fox used an example of the anxiety EV drivers would feel if they were stuck in a traffic jam on a motorway and worried they would run out of power before they could reach a charging station.

“We think on the highway to prevent someone from having that kind of crash, you need this stuff every 10 miles. We consider it an essential facility in most places,” he said.

While many EV owners will have so-called tier two chargers installed in their homes for primarily overnight charging, Charge is currently focused on the much faster, more powerful, commercial-grade tier three units that will be installed in shopping malls, office parks, parking lots and other public places.

Fox estimates eight to 10 million tier three charging stations will be needed in the US to meet the expected demand. Leaving the opportunity unexplored, Charge is also looking to tackle a tier two charger, according to LaNeve.

But the company’s broader vision includes building a 5G telecommunications network for greater connectivity and offering businesses the opportunity to place a Charge Powerbank kiosk on their premises for free where customers can rent charging devices to charge their phones.

The long-standing hope for Charge is to become a global leader in end-to-end charging, telecommunications, micromobility infrastructure.

Neither Fox nor LaNeve worry that the current slow pace of adoption of electric vehicles is putting their vision for Charge at risk.

“Adoption is always a little slow until familiarity emerges. The more they experience the vehicles, the more they love them, absolutely love them,” LaNeve said. “Ultimately there will be no choice as OEMs (car makers) remain committed to converting.”

A month into his tenure as president of Charge Enterprises, the thought of retirement has evaporated for Mark LaNeve.